How to get a body like Glen Powell: Chest and back workout 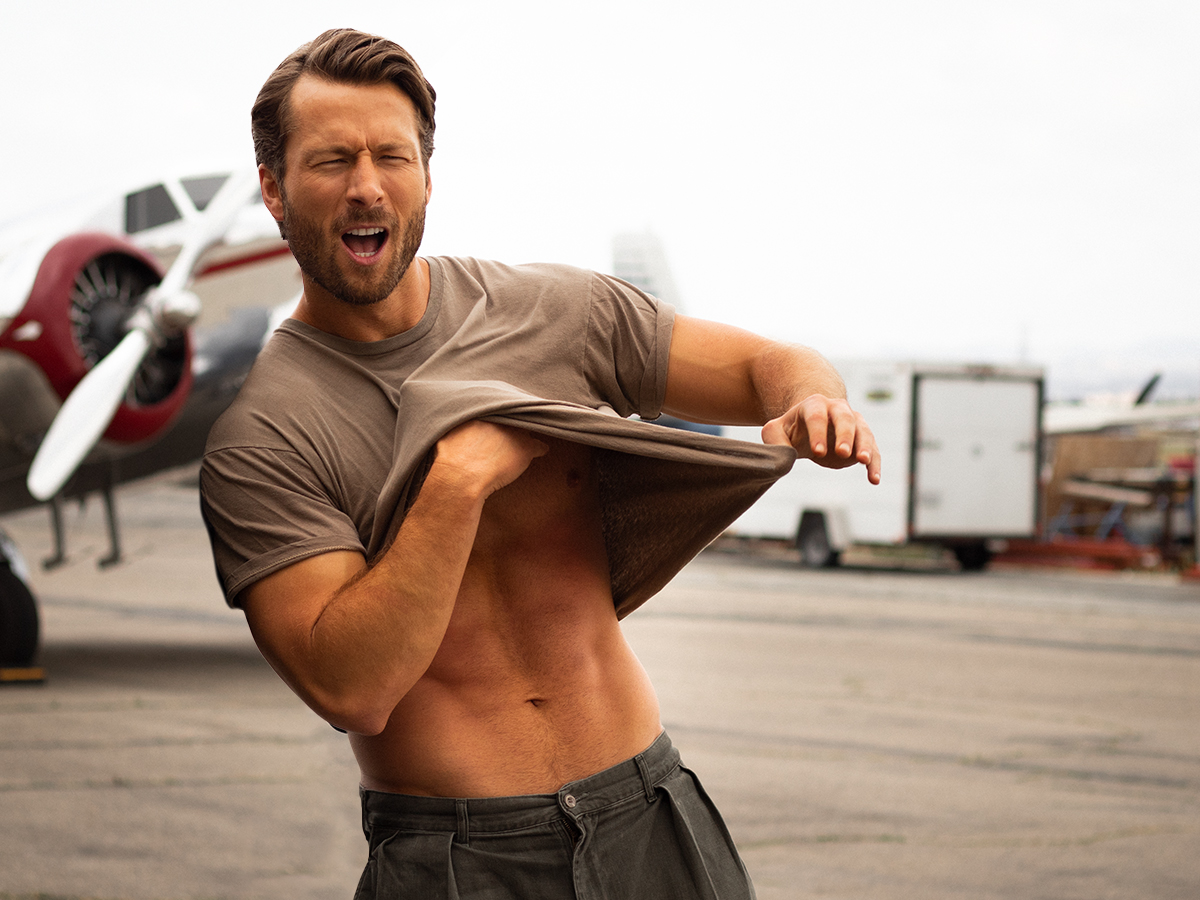 The American actor has starred in films Everybody Wants Some, Hidden Figures and The Expendables 3, with arguably his biggest project to date, Top Gun Maverick, released in May 2022.

It goes without saying, you don’t land a leading role in the biggest action film of the decade alongside Tom Cruise without a serious physique to match.

Heads around the world were turned when Top Gun fans got a glimpse of Powell’s physical prowess when the epic movie trailer dropped.

It showcased just what Powell was packing under his flying suit in a topless beach montage in homage to Top Cruise’s iconic volleyball scene in the original Top Gun film.

The Hidden Figures star has the chest, the shoulders, the arms and the abs that men everywhere aspire to have.

But it’s clearly his upper body that will light up the big screen when Top Gun 2 hits cinemas around the world. Seven weeks is all it took for Glen to build a body that would make Maverick proud.

Although it might seem out of reach for many men, achieving a physique like Glen Powell is attainable by following a structured diet plan and training just three times per week with Ultimate Performance. 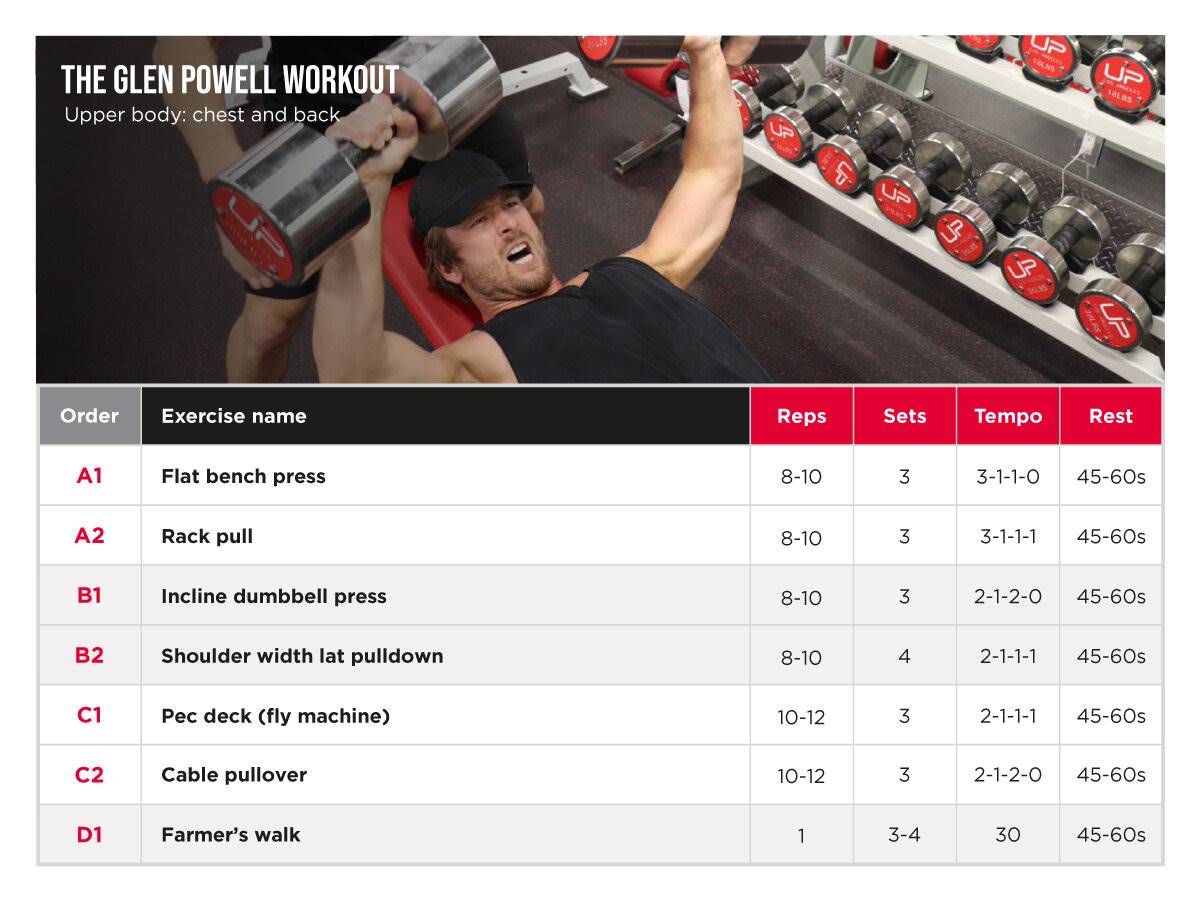 With your arm training you may think you have made it to the gun show, but a strong chest and back routine will really show what you are packing. Not only is this workout effective, but it is efficient.

Using both paired sets and compound movements, this workout will maximally recruit the major muscles for increases in strength and size.  Slotting this workout into your weekly routine is easy and allows you to train with enough training volume and frequency. Bring in the heavy artillery to drive muscle growth.

Take 45-60 seconds rest after each set to allow you to reload, refuel and refocus on the next set. Strength is a key driver for hypertrophy and starting with these two exercises allows us to maximise our strength potential.

By now you have completed most of the battle but it is time to win the war. Isolation exercises using machines at this point in the workout can be a great way to maintain intensity whilst reducing the technical demands. This series will focus on maximising range. The bigger range you can move a muscle through safely, the more fibers we can recruit.

Prepare for the pump:

This workout will really develop the chest and back and make you a true maverick. Form is still a focus but push the intensity.

A co-pilot can be key, it can be useful to have a training partner or spotter on these exercises or even better you own U.P. trainer.