How to get a body like Chris Evans: Shoulders and arms workout 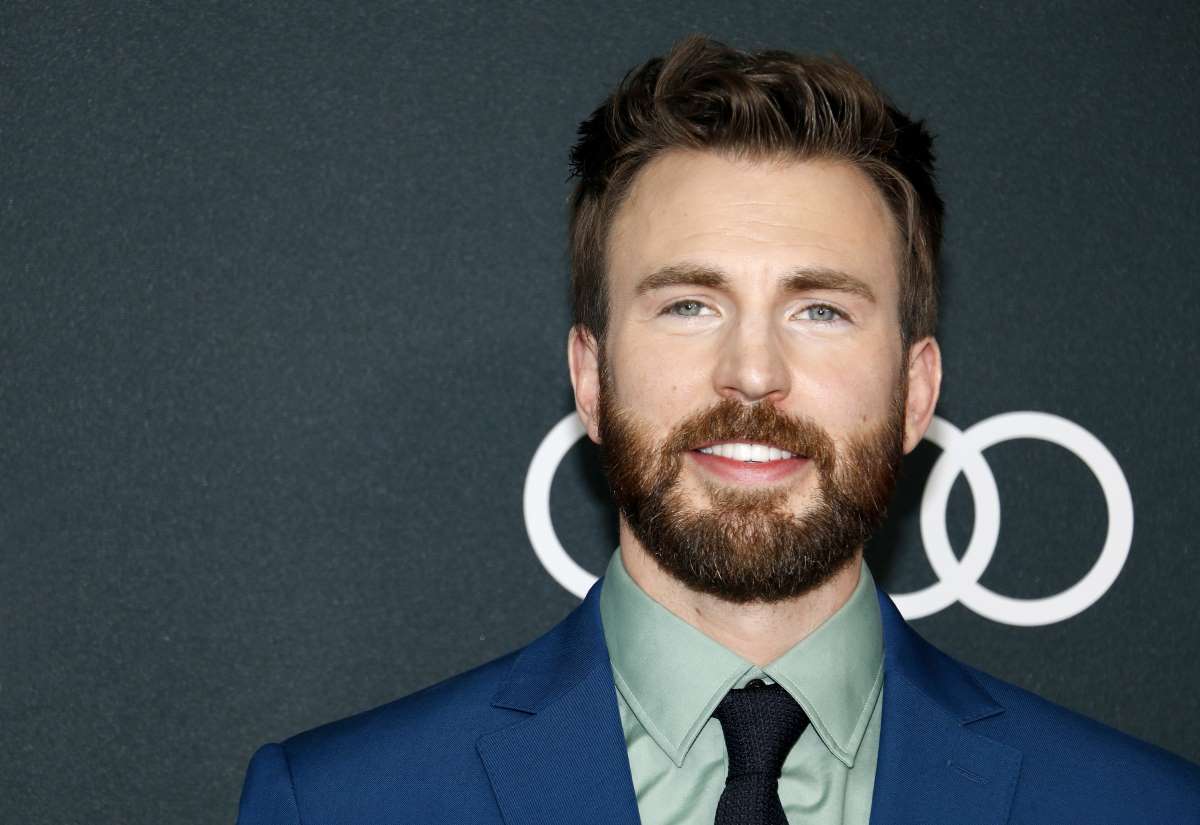 Chris Evans first appeared on screen as Captain America looking as well built as the comic book character he came to represent. The origin story of Captain America is as iconic as any. However, when the live-action movie hit the big screen, it was the transformation of Steve Rogers into Captain America that really caught the eye.

Many argue he has helped set the standard for the phenomenal physiques displayed by Marvel superheroes.Chris Evans has almost become synonymous with Captain America, given his memorable portrayals of the courageous superhero. His leading role in the film series have shone a light on the robust physique needed to carry the weight of the world on your shoulders! Away from his superhero alter-ego in films such as Avengers: End Game and Captain America: Civil War, Evans has a long history of delivering exceptional performances in other roles. Namely, 2019 mystery Knives Out and 2013 thriller Snowpiercer both had fans on the edge of their seats.

Evans’ fans can also look forward to another project he is set to be heavily involved in. The Gray Man is an upcoming action thriller directed by Anthony and Joe Russo, starring Ana de Armas and Chris Evans himself. While Evans never again appeared on screen again completely shirtless as Captain America, he still maintained an imposing physique, the cornerstone of which are his broad shoulders and arms. 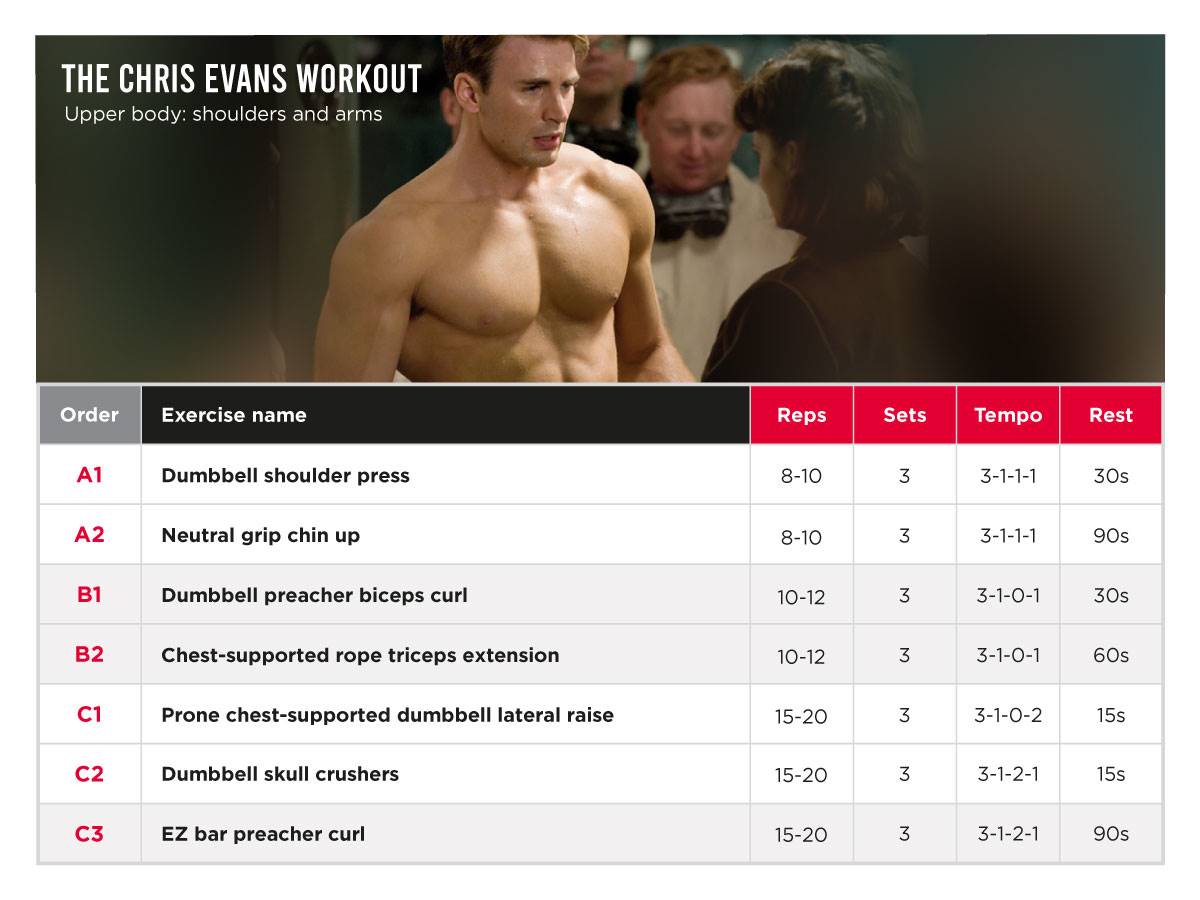 Pick up the dumbbells and sit on the bench.

Let your arms hang by your sides and hold the dumbbells with either an underhand or neutral grip.

Point your chest up and pinch your shoulder blades back together.

Position your elbows directly below your shoulders.

This is the start and finish position for each rep.

This allows you to perform much more work than with straight sets, which could involve many minutes of rest between each set.

We can even target the deltoids (shoulders) with minimal interference to the biceps and triceps, to increase training volume on the upper body.

While this is a shoulders-and-arms workout, make sure that your overall program targets each body part at least two to three times per week in order to ensure maximum growth.