How to get a body like Henry Cavill: Chest and back workout 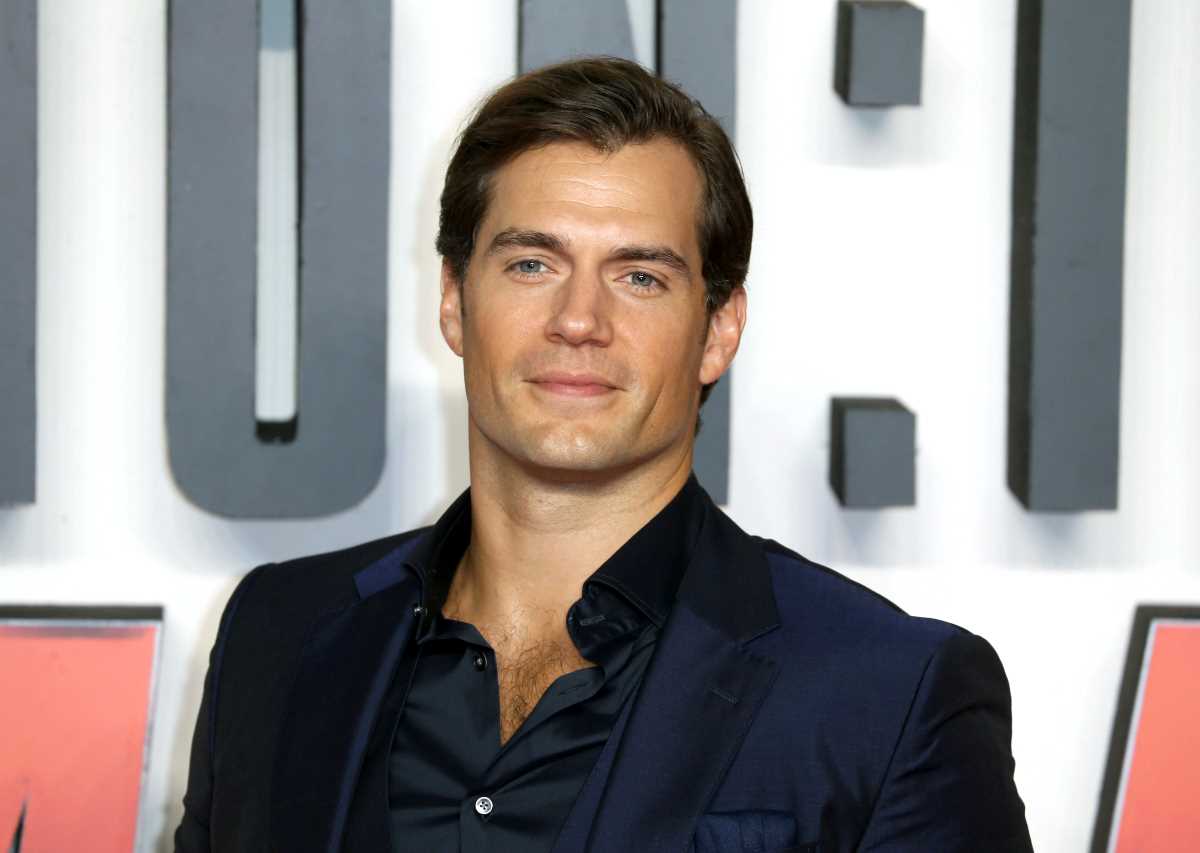 Few people would argue that the epitome of an excellent male physique would be described as ‘built like Superman.’

While Henry Cavill had the chiselled looks to play Clark Kent, his body transformation for his first outing as Superman was nothing short of astounding. What’s even more impressive is his ability to maintain his muscular physique. The Jersey actor has slowly put together a stunning Superman body in preparation for a handful of different roles. His appearances in The Tudors, Justice League, Man of Steel and The Man From U.N.C.L.E are clear evidence of his healthy lifestyle and well-crafted strength training plan.

Cavill also stars in popular Netflix fantasy series The Witcher, playing Geralt of Rivia. In 2021, the streaming service announced a second season would be coming to our screens, which since its release has received rave reviews from adoring fans. The Justice League actor was also in the headlines in late 2021, when he announced via Instagram that he was dating Hollywood Executive Natalie Viscuso.

Whatever Cavill is busy with, he’s always in incredible shape – that’s for sure. It’s no secret that Henry Cavill is likely heavier than most, reportedly weighing in at over 200lbs at a formidable 6ft 1in. His on-screen personas appear much larger, mostly due to his impressive v-taper, created by a broad upper body and small waist. So we have designed a chest and back workout to help you build muscle like Henry Cavill. 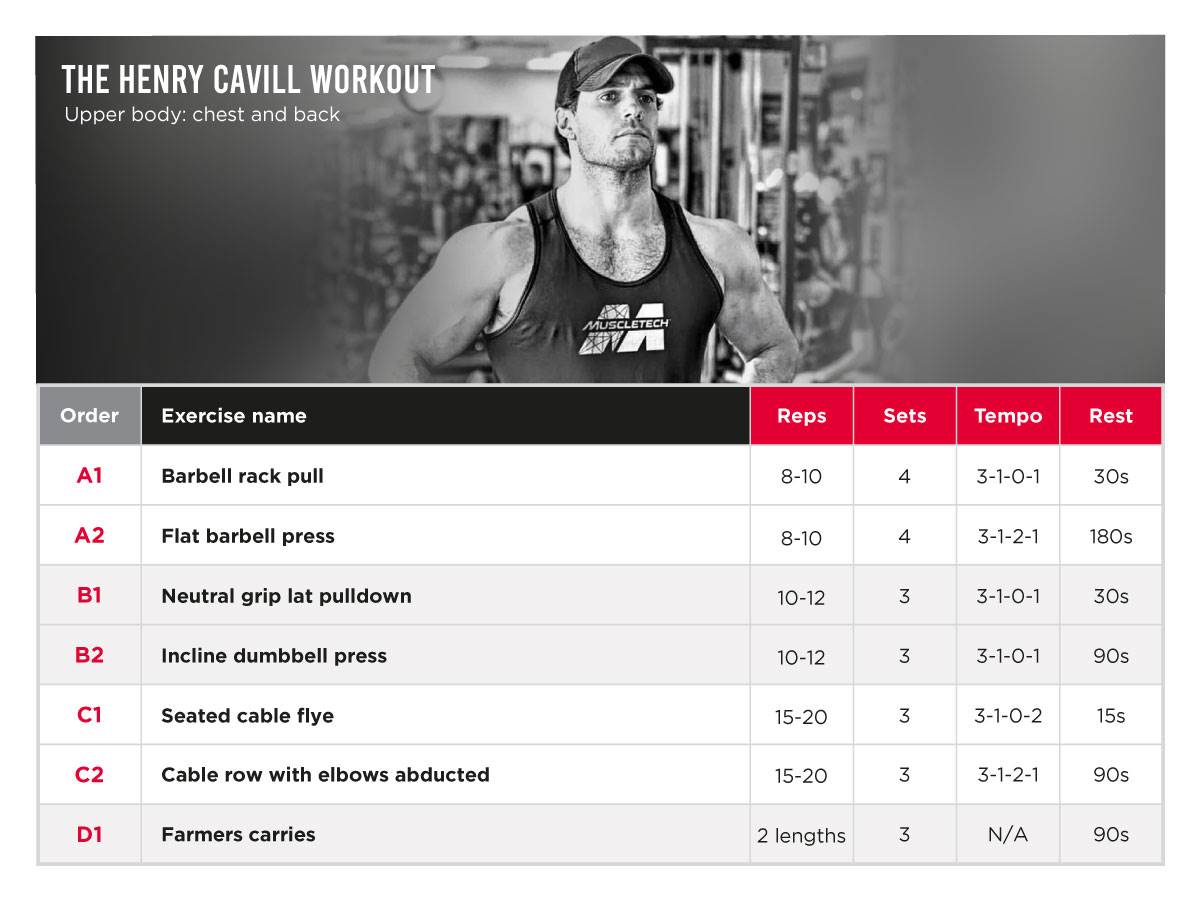 If you’re chasing a physique worthy of the Man of Steel himself, the fastest road to success is by building a solid posterior chain and thick chest. The chest and back are two large muscle groups that help to give the impression of width and depth. Plus, you need some well-developed pecs to support the famous ‘s’ across your chest!

The muscles of the chest and back are antagonists (opposites), so they make optimal pairings without interfering with recovery. This makes them an ideal choice for supersets, a highly time efficient training methodology, which is a big bonus a busy actor on set all day.

This workout also features a metabolic conditioning finisher, which challenges the whole body and helps to maintain the lean and muscular physique for which Henry Cavill is so famous.