Christopher had always been relatively fit and active, but in recent years he had succumbed to the classic office lifestyle.

Being sat behind a desk all day and working long hours meant his fitness suffered and his health fell down his list of priorities.

He always told himself he was ‘too busy’ to get in shape – but his wife had trained at U.P. in the past and knew the kinds of results that were possible with just three hours a week.

The moment Christopher signed up for a transformation and left his excuses at the door was the moment he began to achieve real results for himself.

Now, 11 weeks later, he is lighter, leaner, stronger and fitter than at any point in his life. 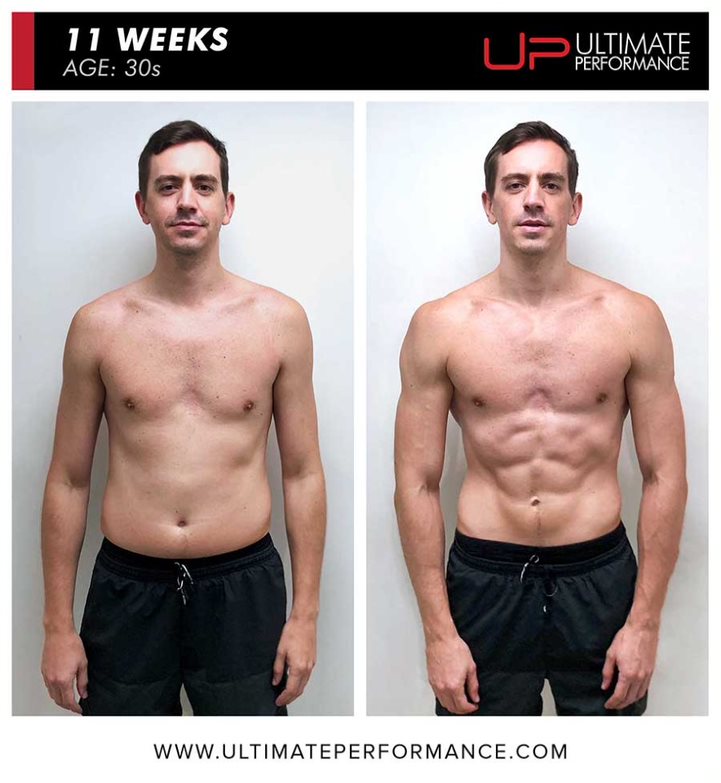 “I’ve been pleased with the results. I feel stronger than I felt before, I feel fitter, I’ve got more energy and I look in the best shape ever.”

Before he came to U.P., Christopher knew his fitness had been on the slide for some time.
After seeing what was possible working with U.P., he was ready to take action and change his lifestyle for the better.

“I lead a reasonably active lifestyle but over the last few years being a typical kind of desk-bound office-bound person, I’ve found myself to be a bit too busy to get back into working out properly.

“That’s when I got introduced to U.P. through my now wife who was previously a U.P. client.

“I think when I came in for my first meeting in consultation with my trainer, the things I wanted to improve or fix were posture and core strength, mental health – which is like a morale boost, then I wanted to be stronger than I was before, I wanted to lift heavier weights than I’d previously lifted, and just my overall aesthetics.” 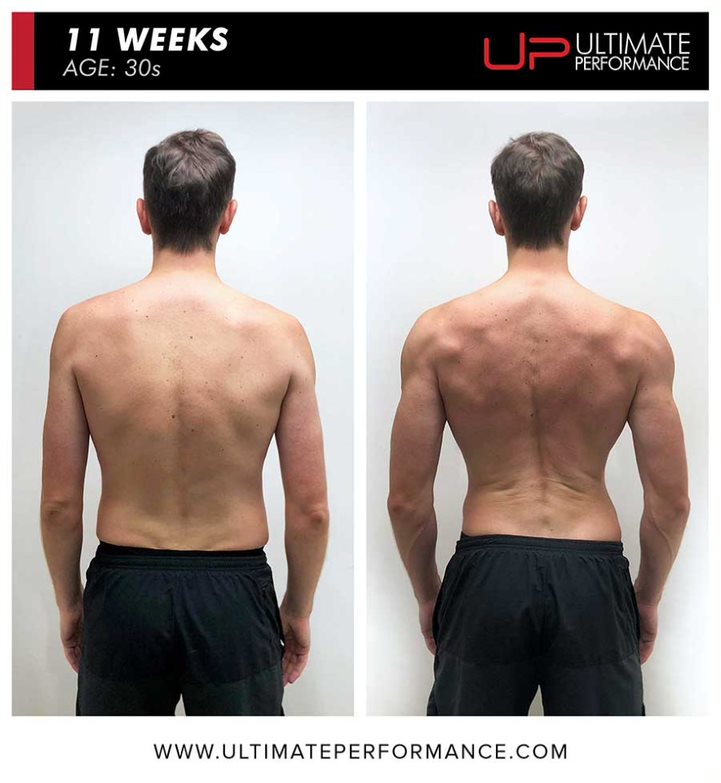 For Christopher, breaking his monotonous routine and overcoming his excuses was the most critical part of the process.

Being patient and consistent with the plan opened his eyes to see the bigger picture and helped him surpass the goals he had set for himself at the beginning of this journey.

“The biggest challenge was being patient and consistent as you’re not going to see results after one or two weeks.

“It is only after six to eight weeks and then at the end of 12 weeks do you see the results and you get that feeling like if you follow the program you know that the end goal is all that matters.

“All those little steps that you’re taking in each session are important.  I think the challenge is just sticking with the big picture.” 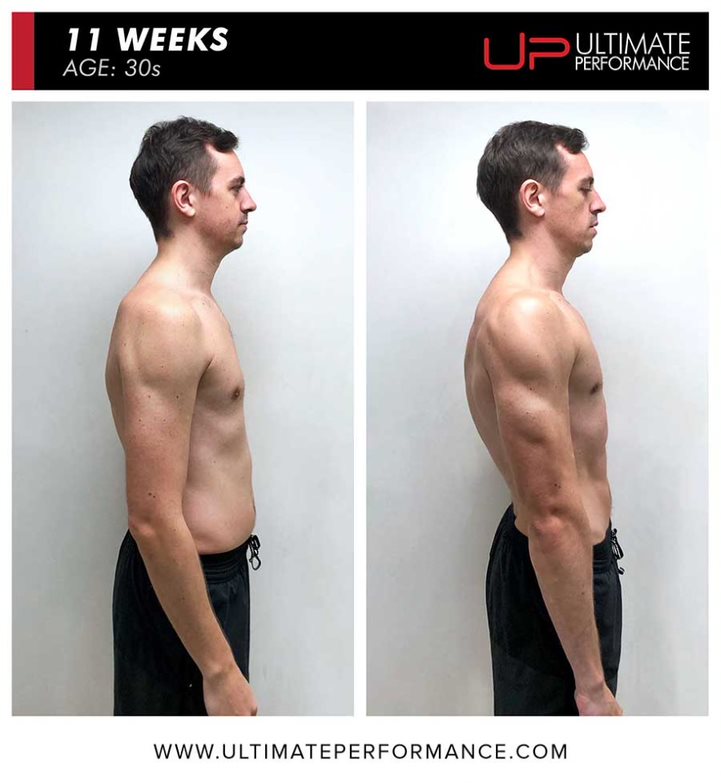 What Christopher loved most about working with U.P. was the professional and focused atmosphere in the gym.

Far from being a ‘hardcore’ gym, he says it is just trainer and client working efficiently and effectively together where everyone is laser-focused on achieving the best results possible.

“Training was good! I do know a few people who’ve done the program.  From an outsider’s perspective, everyone’s like ‘Oh it’s so hardcore!’, and the reason people say that is because everyone you see who’s done it has got good results, so you expect that there must be some sort of magic behind it, but it’s a great facility.

“There’s no ego in the room; it’s you and your training partner focused on you.  No one’s preening and prancing around.

“This kind of efficiency in ticking all the boxes that you need to tick is really important especially as a client who was making excuses like ‘I’m too busy to get this done.’ You’re not too busy if it’s all done properly.”

Christopher really learned how to push himself in the gym to get the results he wants. 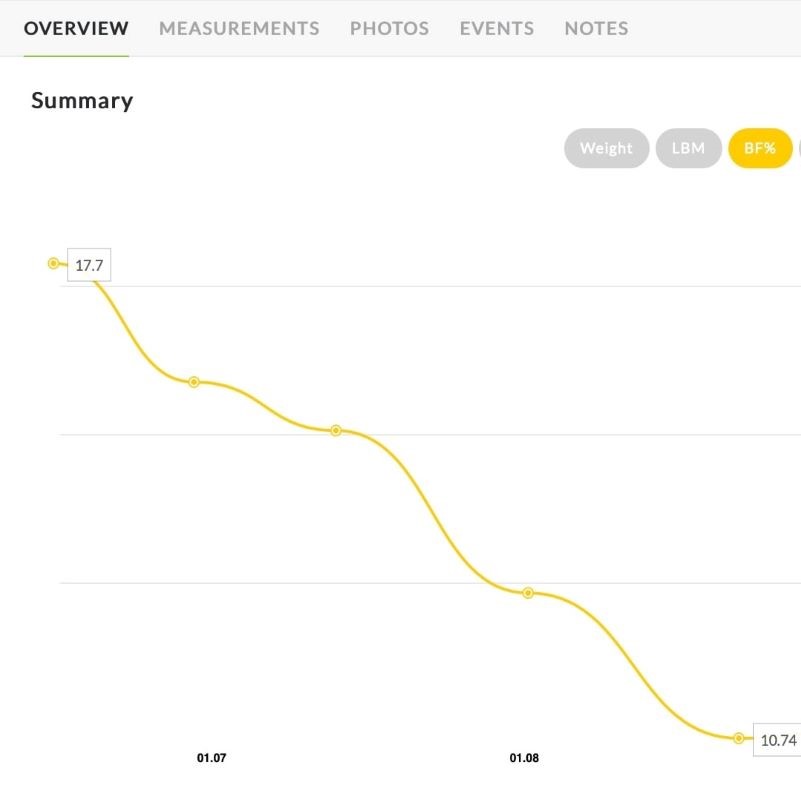 Training with weights has given him some powerful life insights too.

“It sounds like a bit of a cliché, but when you’re working out, that ‘failure’ is a step towards success.

“If you’re lifting weights, you want to be there pushing yourself to failure and then the next week you’ll come back and you’ll be able to lift that little bit more. If you’re on the bike or doing any of the cardio stuff, you want to be able to push yourself or be pushed to a point where you don’t think you can go any further and then the next time you come back to realize you’ve reached that point and you’ve surpassed it.

“It’s a lesson that applies beyond your workout.  Failure in and of itself is not a bad thing if it leads to pushing yourself further the next time.”

MAKE YOUR HEALTH AND LIFELONG WELLBEING A PRIORITY WITH ULTIMATE PERFORMANCE. FILL OUT THE ENQUIRY FORM BELOW TO START YOUR TRANSFORMATION JOURNEY…