Ryan didn’t believe the before-and-after photos at Ultimate Performance Sydney… until his own transformation shots went up on the wall.

Thirty-seven-year-old software tester Ryan was deeply sceptical about the ‘results’ promised across the fitness industry.

But as his weight crept up on him he knew that he needed to make a change. It wasn’t until he tipped the scales at 81kg – the heaviest he had ever been – that he took action and looked for serious weight-loss options.

That’s when he found U.P. and put his faith in the training team to put him on the path back to fitness.

The results he was seeing soon banished any initial scepticism and he went on to achieve a body that even he can still barely believe was possible.

“I’ve dropped about 17kg of pretty much all fat. I’m approaching 12% body fat, which is exactly where I want to be.

“I feel a lot leaner and lighter. I wasn’t sure if it was going to be possible when I first started because everyone’s got before-and-after photos in the weight-loss industry.

“So you get a bit sceptical about that, but sticking with U.P.’s programme got me where I aimed to be.” 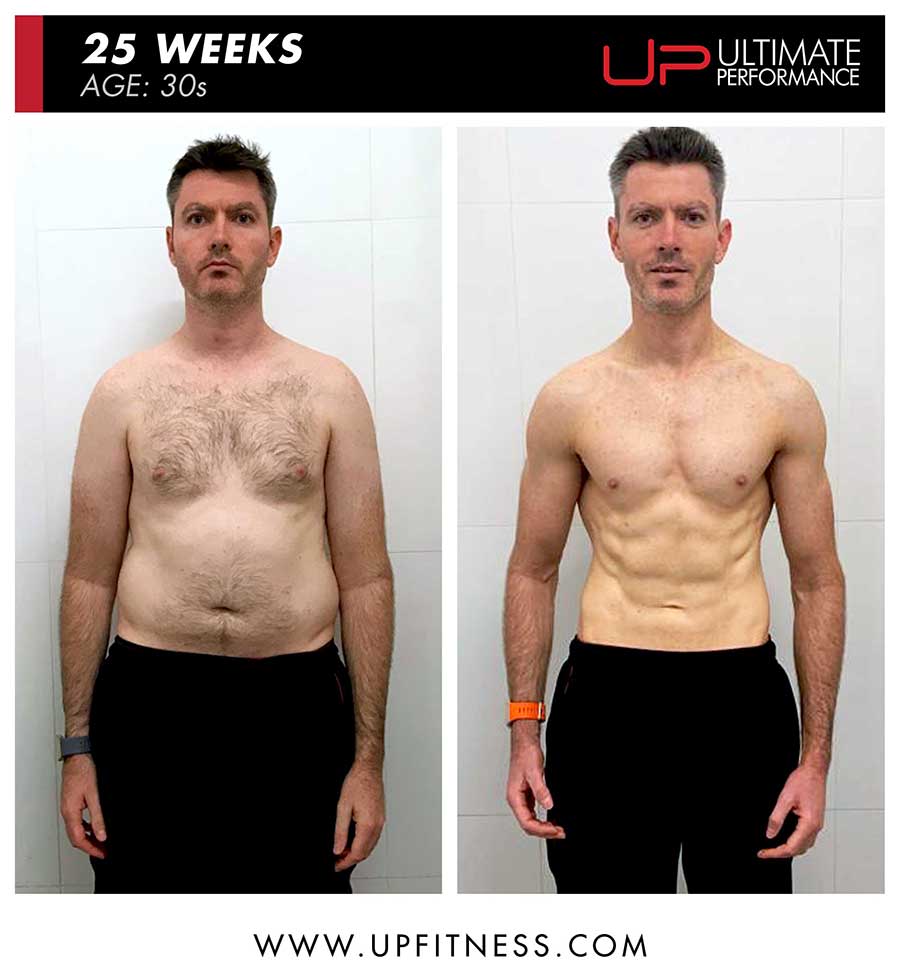 It took Ryan around 25 weeks to go from 81.7kg to 64kg, and he got there through sheer determination.

His motivation stemmed from the fact that he had hit rock bottom and didn’t want to stay there.

“Well, I was going for a run, and I could feel bits starting to jiggle when I’m running, which is a pretty awful feeling and I just realised that I had gotten to a point where I needed to do something drastic.

“My health was probably at the worst point that it has ever been over the last couple of years.

“I was gradually getting less exercise and terrible nutrition to the point where I didn’t even realise it was happening.

“I started out on day one at 27% body fat and 81kg, which is the heaviest I’ve been and the fattest I’ve been, and really at that stage I wasn’t feeling good at all.” 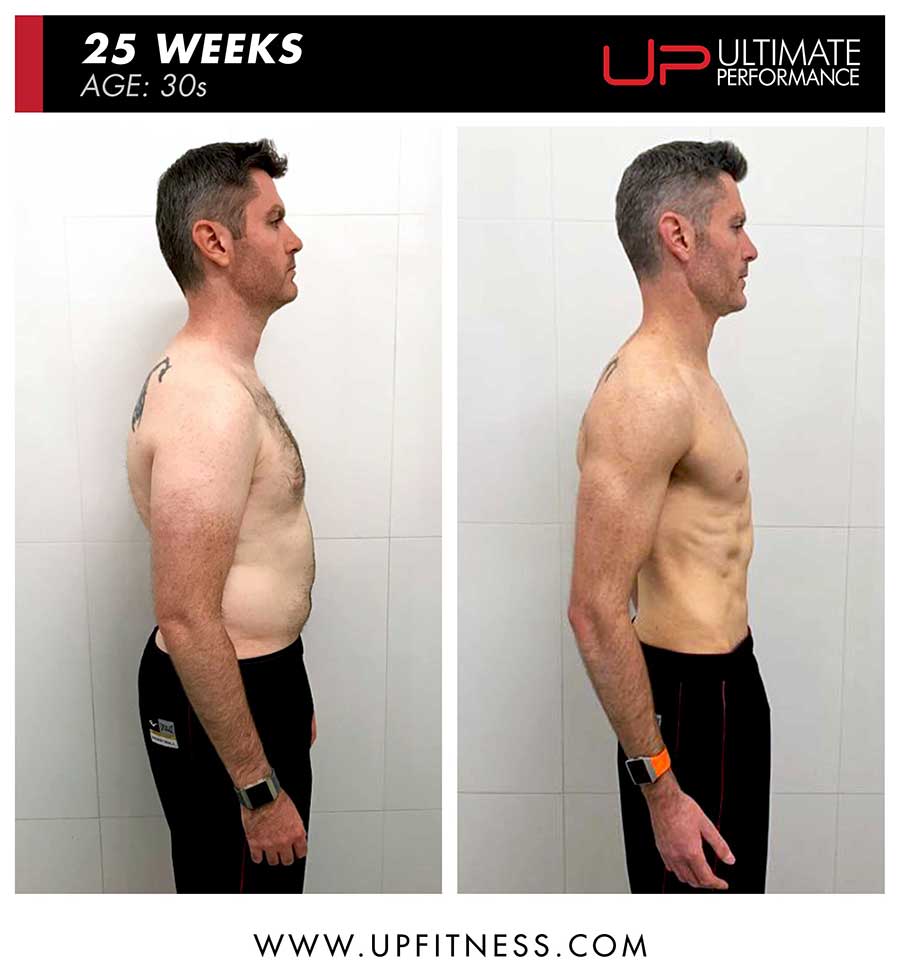 Ryan came to U.P. with a lot of expectations, and he was not disappointed.

He instantly saw that the programme was more intense, structured, and holistic than anything he had done before.

“My training before U.P. was mostly cardio. I found it really difficult to stick to strength training, and even with my cardio, I wasn’t really levelling up; I was doing the same distance running, at the same pace, repetitively.

“I wasn’t really monitoring any nutrition at all, apart from trying to get five servings of vegetables a day.

“I was not eating very mindfully, and there’s just loads of crap food around that is just the reality of the food environment.” 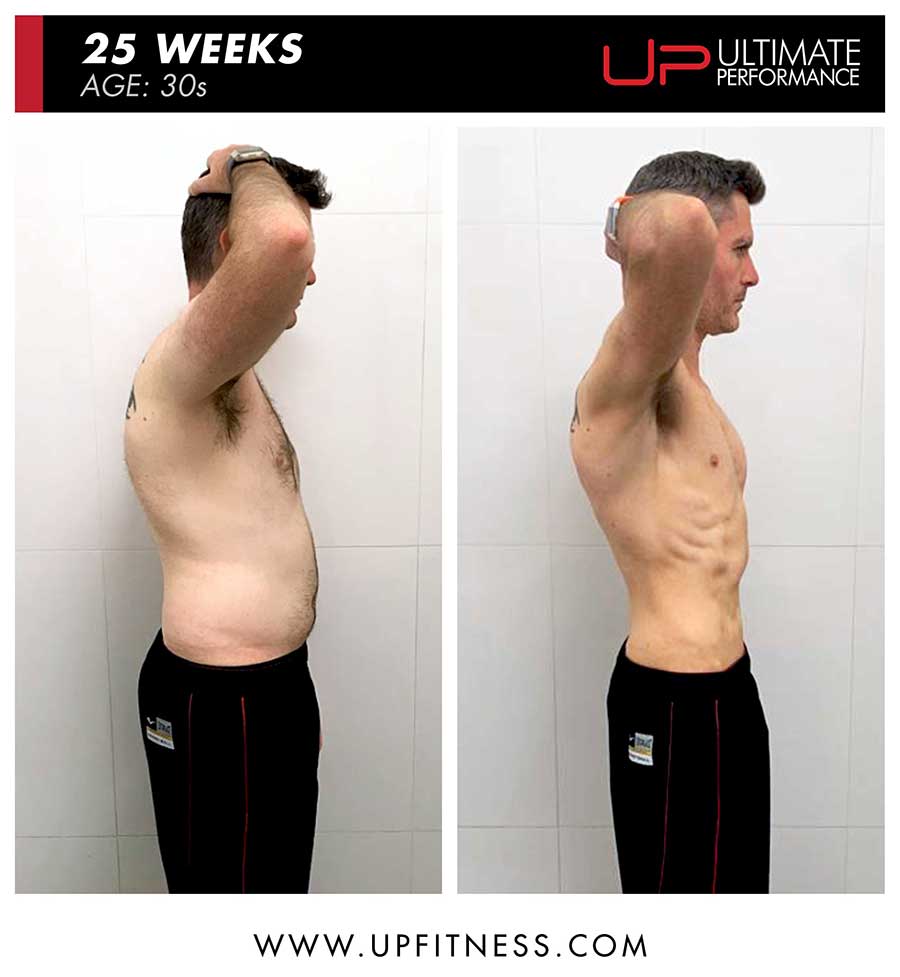 LEARN TO KEEP YOUR WEIGHT IN CHECK WITH OUR PERSONAL TRAINING PROGRAMME.
FIND OUT HOW WE CAN GIVE YOU THE GUIDANCE YOU NEED TO TRANSFORM YOUR LIFE.

Everything changed the day he joined U.P. and with a few simple but powerful principles in place, he was able to transform his diet.

“Here at U.P., it’s a whole different ball game – the nutrition side of things is really well informed and well educated.

“It’s strict but still flexible; so whenever you need more variety or your current macros aren’t working for you, or you are getting too many cravings, there’s always an adjustment available.

“Overall, I’ve learnt a lot about nutrition about how to cut fat and gain muscle.”

U.P. was a shock to him – nothing in his previous personal training experience prepared him for the level of attention and intensity that he got from his trainer at U.P.

“I’d had some personal training before, but it had just become very routine – you just sort of turn up and lift heavy things without comparing how much you had lifted before or changing up the exercises.

“You often see trainers at other gyms looking around, bored and distracted, not even paying attention to the client, and just doing everything on autopilot.

“You can tell that Nick, my trainer at U.P., really takes pride in his work by his careful and thorough attention to every detail.” 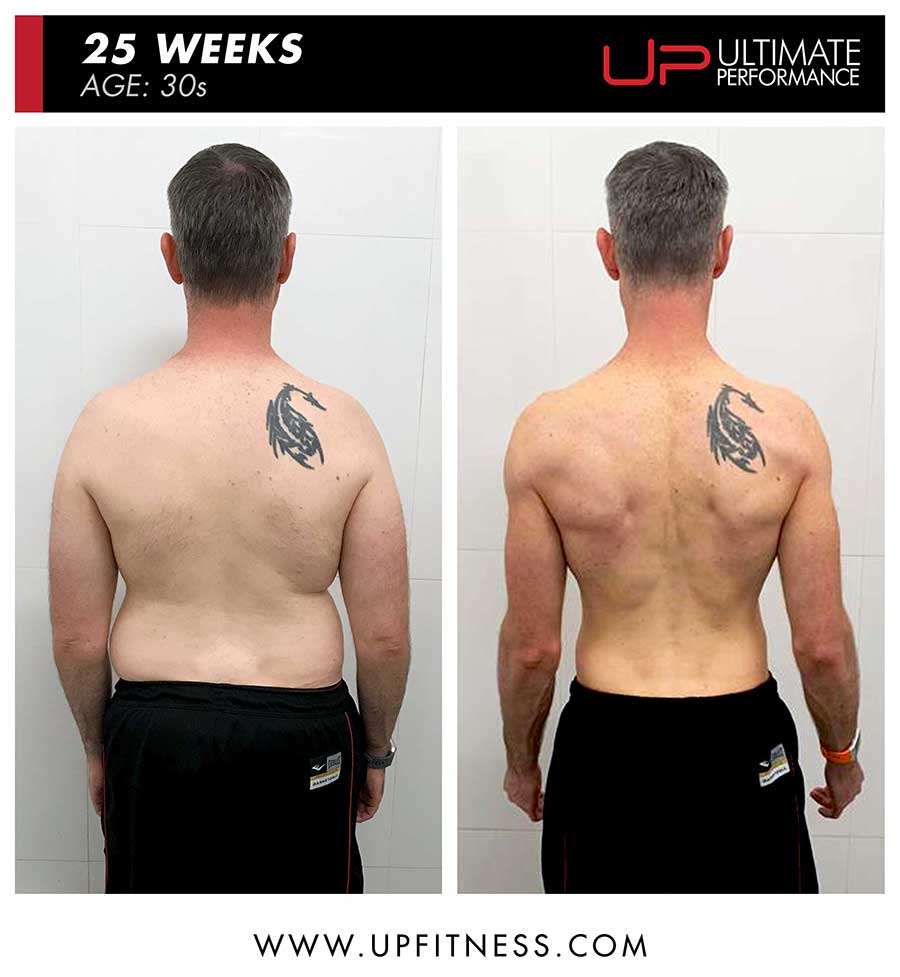 Ryan was blown away by how every aspect of the transformation process is managed, monitored and optimised to deliver the best results possible.

“My trainer consistently focussed on all aspects of the training from the overall transformation down to every single rep in the gym.

“On top of that, he offers plenty of encouragement and support, gives professional advice regularly. He actually listens to you and genuinely wants you to succeed.

“Honestly, I probably would have given up multiple times if it was just me trying to go it alone. I don’t think I would have made it past those plateau periods.

“Nick is not your ordinary personal trainer, and U.P. is no ordinary gym.

“There’s a standard of excellence at U.P. that is just on a whole other level.”

We’re so much more than just personal trainers, we transform people’s lives and give them the tools they need to stay fit for a lifetime.
Get in touch to find out more about our personal training plans.